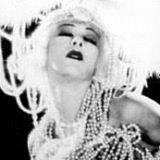 Interview with Salome Wilde on 09-December-2013

What would people be most surprised to learn about you?
I almost flunked out of high school before going on to get a PhD in literature. Better still, I failed English freshman year (by simply not doing the work).

When did you start writing? Is it something you've always been interested in, or did it develop later in life?
I wrote a fabulous story in first grade, three sentences on flimsy oatmeal paper. I described walking home from school and my pet parakeet. I illustrated it with a gold crayon. I got a star on it.

My next memorable era as a writer was my emo high school death poetry phase. I knew nothing about death, read too much Poe, and thought I was deep.

Following this, my college career featured a major in creative writing and literature and a story that earned an A in my first college writing course, about a depressed guy who found himself turning into Beethoven. He ended up in a mental institution, composing piano concertos on the day room piano. I wrote other delights I confess I don’t remember and am afraid to go into the attic to find some of the notebooks I kept.

How did it feel when you realized that your very first book was going to be published?
I was positively giddy. I’d published non-fiction in my academic life, but Salome Wilde had been limited to short fiction in anthologies. When After the First Taste of Love came out, my co-author Talon Rihai and I saw our names in print, and just holding the paperback in my hands was a great joy. I’m very grateful to S.L. Armstrong at Storm Moon Press for encouraging Talon and me to turn our hurt/comfort and friends-to-lovers story into a novella—now planned as a trilogy.

What's your favorite part of writing a book?
The truth is, I’m much happier writing short fiction than a whole book. I’ve always been a fan of immediate gratification, and books take a long time from concept to print for me. But my favorite part is the publication, no question. The pride and joy of seeing my literary “baby” as a book is amazing.

Do you get time to read for pleasure? If so, which books do you enjoy?
Given that I am an academic who often teaches literature, reading fiction has become a mixed experience for me over time. Whenever I pick up a novel, I wonder if I should be taking notes in case I teach it. And that can spoil the fun. Nonetheless, I do read fiction, and my current favorite book is Sarah Waters’ Fingersmith. It’s a glorious Dickensian-feminist-lesbian romp, with so many plot twists and turns you don’t know whether it’ll end in comedy or tragedy. She’s an incredibly skilled author, and I love that the erotic is central to her work. I’m also a fan of Michael Chabon’s novels, how he integrates multiple, seemingly incompatible focuses into one book, like golden age comics, the Holocaust, and gender identity in The Amazing Adventures of Kavalier and Clay.

Are there any other genres you'd be interested in writing?
I don’t think there’s a genre I wouldn’t be interested in trying.  Honestly, the problem isn’t lack of interest in diverse genres, but finding the energy and time to write it!

The queer pleasures of Shakespeare are legion, from bawdy romance between cross-dressed lovers to raging jealousy that reaches beyond any simple classification of desire. Frolicking in gender play and sexual diversity, the ten stories collected in this volume offer a dazzling array of queer erotica and romance based on the works of Shakespeare. Tales range from comic to tragic and historical to fantastic, taking up textual hints overt and subtle as they engage with the power of lust and love. Whether through farce or drama, by queering a favorite play or depicting wicked backstage antics in contemporary productions, there\'s something for everyone, whether a Shakespeare devotee or just Bard-curious.

What can we look forward to in the future from you?
The next two novellas in the Nick/Angelo trilogy will be out in 2014 and 2015. Talon and I are also working on a novel about pretty, moody boywhores. And I have some work done on male/male detective novel set in the Lower East Side ghetto of New York in the early 20th century. From the white ethnic immigrant characters to the forbidden nature of inter-ethnic and same-sex love, the novel will combine drama, action, erotica, and romance.

Anything you want to say to your readers?
Only a heartfelt thanks that my work is being read. It is a great gift to have my writing enjoyed by others, however many or few.

Thank you so much for the interview, Salome!

After the First Taste of Love
http://www.stormmoonpress.com/books/After-the-First-Taste-of-Love.aspx

Excerpt from my story “The Ills We Do”, published in Shakespearotica: Queering the Bard:
In my youth, I was never as beautiful as Desdemona, nor was I so rebellious. While I—plain of face and of speech—found few suitors and agreed to marry Iago at my father’s request, Desdemona did otherwise, using her beauty and passion to woo the Moor, quite against her father’s will. Yet, what differed in our demeanor and our husbands brought us together when the Duke commanded Othello to fight the Turk. As Iago’s mood fouled at the injustice he felt done him by the Moor, mine mellowed in the company of his dear bride.

Women do not fight wars, and I am glad of it. I spent my days in peace with Desdemona, waiting upon, nurturing, and indulging her. We shared many hours of happiness as our menfolk planned and deliberated. Plainly, my nights were less pleasant than hers, but I basked in her openness as she told me of the passionate nights they spent in one another’s arms. She blossomed under his attentions, so attuned to her needs was he when they were together. Thinking of their bodies, twined together in intimacies my lord no longer shared with me, I found small pain and larger joy. I found even more as I brought them to mind, Iago snoring beside me, breath wine-sweet. Nimble-fingered, I brought myself to release while I imagined the Moor bringing Desdemona to hers. My body felt as hers and yet my own, the Moor was himself and yet also my Iago as I inhaled his strong, familiar reek.

Guilt did haunt me over my self-pleasure, though I reassured myself that if Iago had not been unfaithful to me, it was only because he grew so driven by ambition. His passion for the flesh was deflated by his passion for revenge. I worried of this by day, but by night I pushed all away with my vivid fantasies.

“Offer thy pearl, sweet Desdemona,” Othello would command. Beneath the blankets of their shared bed, eyes downturned, she would gently part her soft-haired thighs to give him entrance.  His kiss would be powerful and swift, full lips opening hers, tongue claiming her mouth with tender reverence as his thick lancet did below. He would carefully hold himself aloft on his arms, so he could part their kiss and drink in the sight of her lust-drunk expression.  Her eyes would gleam and her reddened mouth pour with words that only lovers share.

I could see Desdemona’s face so precisely as my hungry mind guided my waking dream. To kiss her eyelids, to brush my lips against her pink cheek, to trace from her throat down to her small, high breasts and bring each rouged tip to alertness. To suckle like a babe.

In time, my thoughts grew bolder. My daylight hours with Desdemona led me into rich, lust-filled mindscapes when we were apart. I imagined myself become the Moor, teasing and pleasing my beloved wife. And then I dared even more. It was I who roused Desdemona with my soft, yearning mouth and able fingertips. I watched through closed eyes as we ground our bodies together until we could not know where one began and the other ended. And on those nights Iago did not come to bed until near sunrise, I whispered my yearnings aloud: “I love you, most dear Desdemona. You are life’s breath. Sing your pleasure as I claim you, now and forever more.”